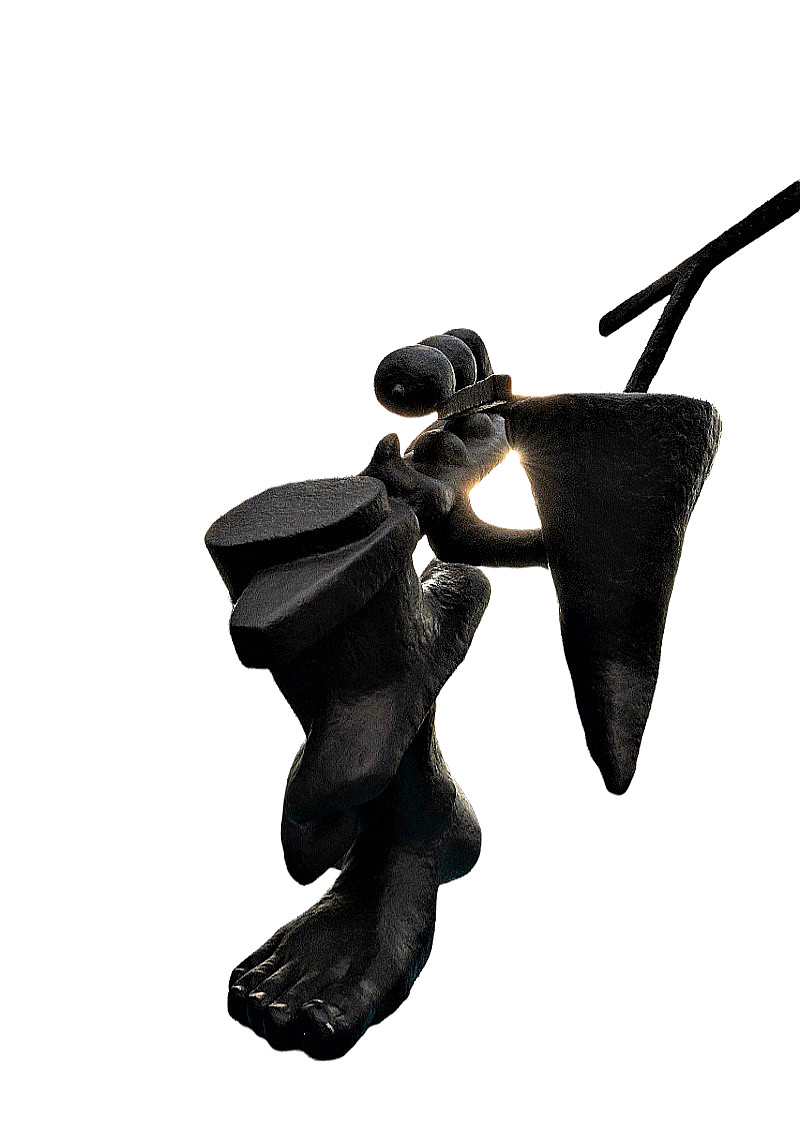 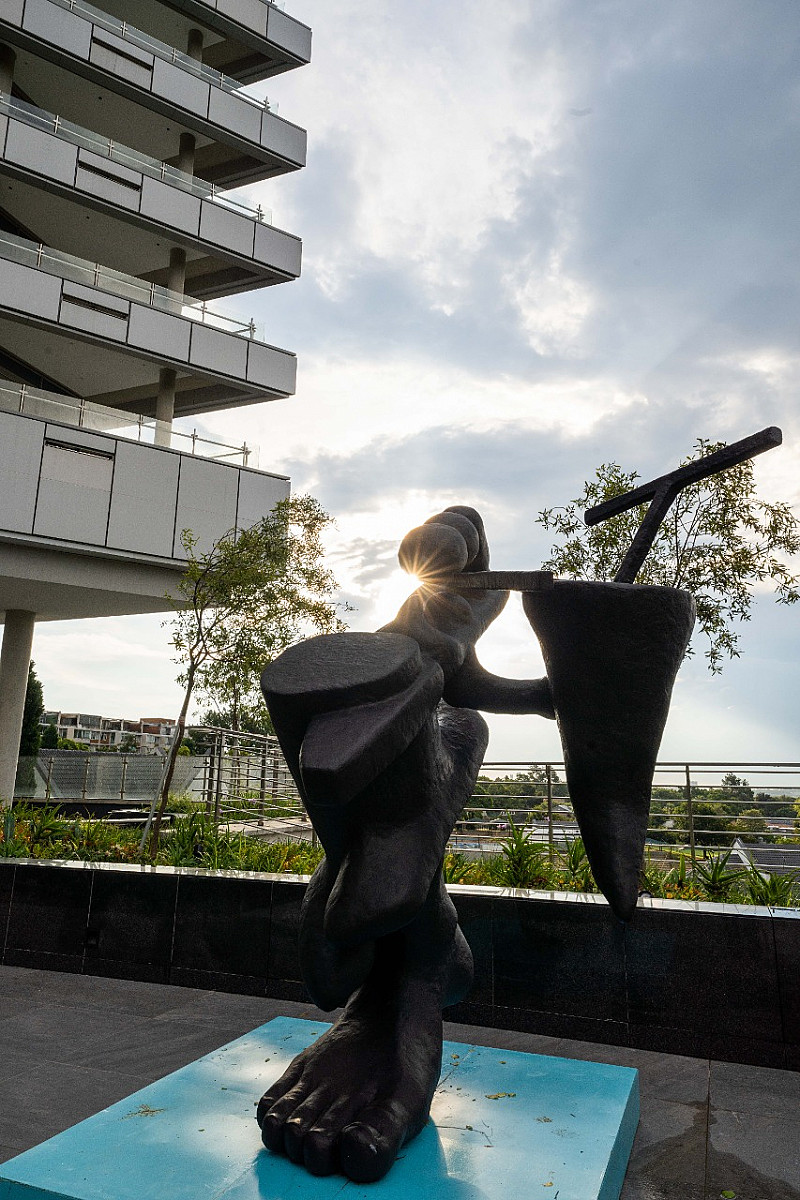 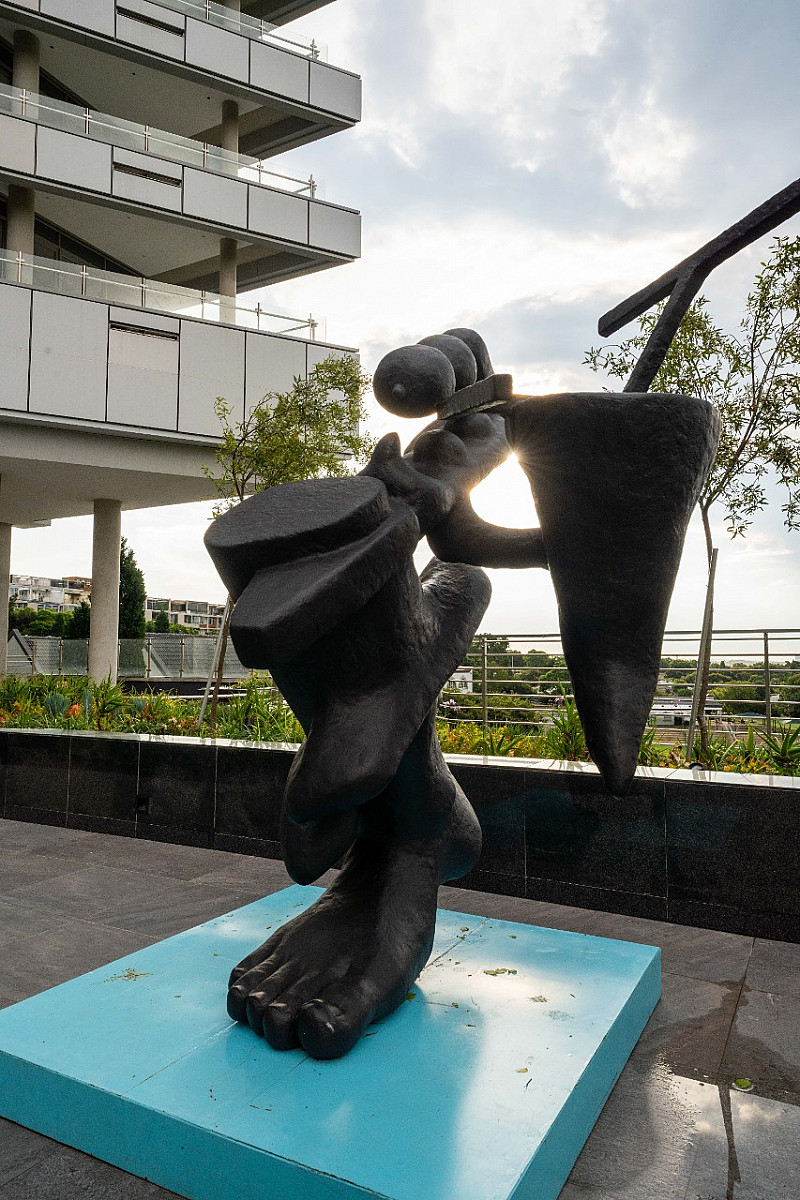 The Realm of Wisdom

This artwork was originally commissioned for NOT A SINGLE STORY sculpture show at the 2018 American Express Winter sculpture Fair. The artwork was originally called, Foot in the Door, a large fibreglass work, which was in the poplar forest at n. In the sculpture Foot in the Door, I created subversive biomorphic shapes garnered from my interaction with the world. My forms are developed by strategies of automatism, chance and association.

For the last two years the sculpture was located in Maboneng CBD, Johannesburg. At the end of 2020 it was vandalised by individuals that illegally took over the building. The vandals ripped the sculpture out of the ground and hacked pieces off the metal cage and destroyed the fibreglass base. I decide to collaborate with the vandals and take into consideration what they did to the artwork. They destroyed the cage that anchored the artwork as well as the tiered wedding cake base. I took that as their decision as part of this collaboration and de-cided not recreated the base or cage but rather make another metal base. I also painted the whole sculpture black and left out the previously painted navy blue section.

I re-named the artwork The Realm of Wisdom that connects with my new body of art-work. In my latest series of artworks titled Future Mythologies to be showcased at Everard Read Gallery in Cape Town for 2022. The body of work is informed by the con-structs and symbolisms of cosmology from ancient cultures such as Egyptian, Mayan, Norse, African and Native American traditions. I reflexively investigate the nature of the expanding universe through the lens of myth and possibility. Specifically, I have looked at the different realms of consciousness and levels of existence in the religious cosmology of Buddhism, Christianity, Hinduism and Kabbala. The cosmological struc-tures influence the manner in which I navigate space and time in my construction of Future Mythology.

I draw on Homer’s The Odyssey to frame my journey from my inner world to the outer world and from personal space to social spaces. The artworks can be interpreted as a road sign in this journey and convey messages and instructions. Inspired by the Norse goddess Freya who was practitioner of seidr, the series can be seen as tools for the practice, which is about "discerning the course of fate and working within its structure to bring about change, often by symbolically weaving new events into being” (Freya 2019). As such, through these various theological and cosmological influences, I explore the concept of weaving ones fate, envisioning the future and then creating a present in the production of my own sculptural future mythologies.

Enquiry for Sophia van Wyk - The Realm of Wisdom