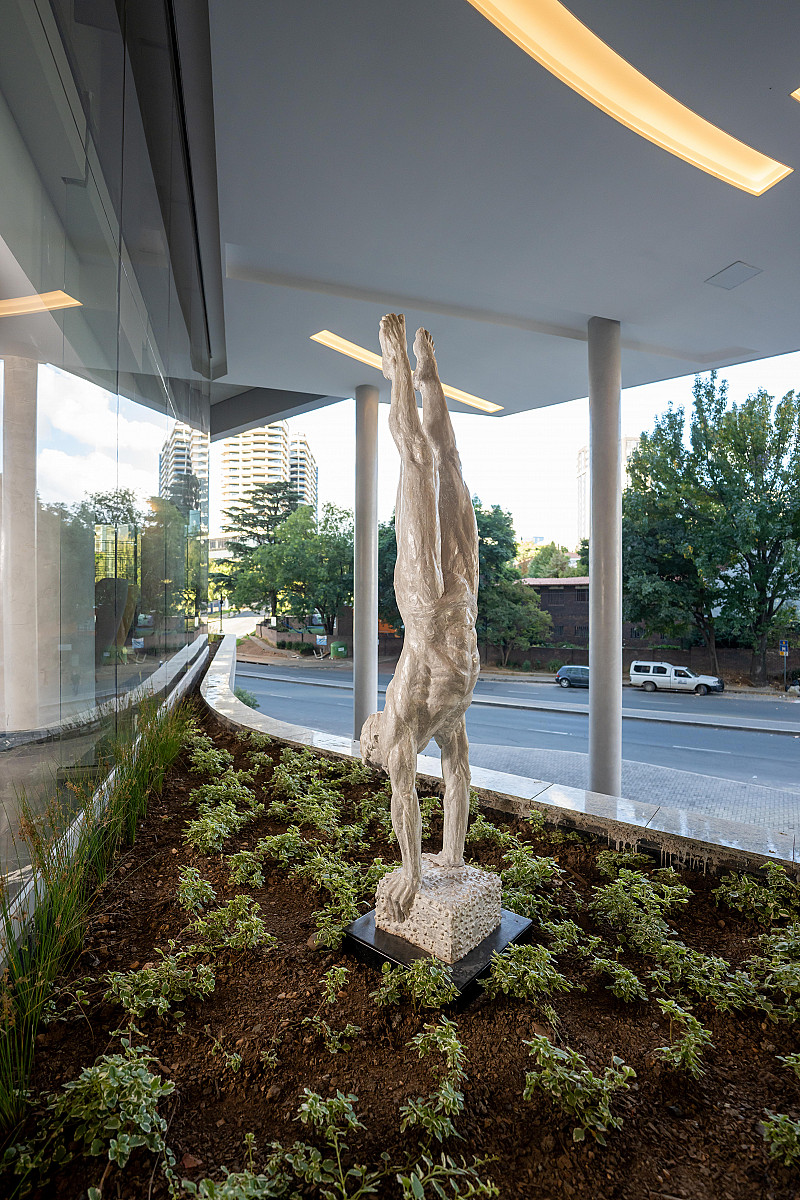 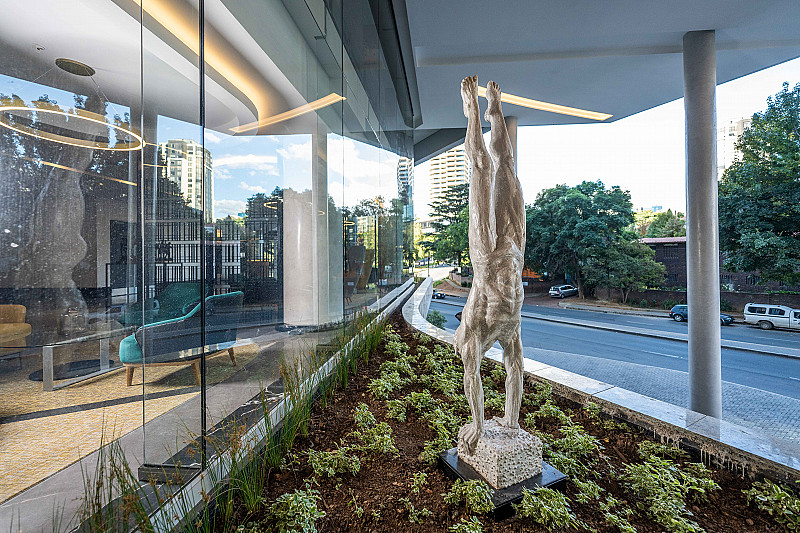 The creation of my sculptures is a very private act that originates from deep within my sub-conscience. Often the idea just happens without much conscious thought. Verbal communication – especially with strangers, does not come naturally to me. Thus sculpture-like music, has become my universal language. In the act of creation I therefore talk to myself. It has become a way of exploring my inner emotions.

There are many ways in which I can start a sculpture. Usually movement is the spark that inspires, but lately just a simple stillness (as in yoga pose) can also be the trigger. As humans we can all identify with the emotions and feelings irrespective of our backgrounds. Therefore the human form has become my universal language in which I prefer to express myself. The extreme poses portray extreme emotions. The figures are often androgynous. Often, when I start sculpting, the rhythm, feeling and line are the important factors. Only towards the end do I have to decide on a gender and by then usually the sculpture itself has determined its own sex.

As the nature of sculpture is three-dimensional it therefore intrudes into our living space and becomes a lot more intimate by nature. It is tangible and the sensation of touch is one of our most important senses. Everybody enjoys touching or being touched by those dear to us. I find the duality of bronze as a medium fascinating. During the actual casting there-of it is hot and liquid as water. Once cast it becomes cold and hard. The sculptor’s art is to understand this medium and to create shapes and textures that will still entice the viewer to reach out and touch the warmth and softness that is captured within the work. When and if you the viewer touch my work, I have been successful to communicate with you despite our various backgrounds.

Contrary to a painting, a photograph or a drawing that has its own built-in source of light captured by the artist, a sculpture’s light source continually varies according to its physical circumstances. Sometimes the surface is smooth and other times impressionistic – each reflecting light in a different way (hard or soft). Another important factor is that a sculpture’s rhythm and line must be able to stand on its own without needing a patina to make it “pretty” and acceptable. I would ideally like to naturally age my work over a period of months or even years to develop its own character/patina. But today’s society is one of instant gratification and thus the use of chemical patinas.

As with people, no two works are alike even though they might be editions of the same work. The nature of lost wax casting ensures that all works are unique.

Since the arrival of abstract art, the term figurative art has been used to any form of modern art that retains strong references to the real world.

The formal elements, those aesthetic effects created by design, upon which figurative art is dependent, include line, shape, colour, light and dark, mass, volume, texture, and perspective. These elements are used to create an impression or illusion of form and space. Usually, to create emphasis on the narrative portrayed.

Figurative art is itself based on an understanding of abstracted shapes: the figure sculpture of Greek & Egyptian antiquity was not naturalistic, for its forms were idealized and geometric. Idealization gave way to observation, and figurative art which balanced ideal geometry with greater realism was created.”

Above is a quote from an unknown source that I, as an artist and sculptor, finds particularly true to my vision.

I have a respect for the basics of the craft of sculpture that exists in the sculpture of all societies. The argument of art versus craft has traditionally had very little relevance in most societies and I believe that this argument has run its course in the contemporary debate. Keeping in mind that the word “art” comes from the Greek “ars,” which means craft. Thus, during a period of high art, the best craftsmen were valued.

I first began studying painting and drawing, but soon discovered my desire to sculpt: to be physically involved with the materials. It spoke to me very deeply.

I realized that the body’s language and movements could manifest through the artform of sculpture. I therefor explore the human figure to create a dialogue around our shared humanity generally refraining the use of any other “props” or symbolism.

My work is not conceptual but often an emotional response to the world that I experience. Human relationships, problems and emotions find expression through the human figure. The construction of the internal armature is part of the sculpture’s creative journey leading to the shapes and forms in space – line and volume. At some point during this process the work takes on a life of its own. At this point the dialogue between me and the sculpture begins. This is almost the only reason why I sculpt – this inner exploration of my relationship to the world that I find myself in.

Each sculpture has its own persona. It might change as work progresses and it is one of the reasons why I find it difficult to name my sculptures. It eventually will also be interpreted differently by each viewer.

Sculpture is an integral part of my life and the unspoken language in which I express my own humanity. If, by any chance the viewer feels compelled to touch my work, I feel that I have succeeded in my attempt to communicate.