5 May 2018 to 23 May 2018Rudolph Vosser was born in Vryburg in the Northern Cape in 1965.  He completed his BA (Fine Arts) degree (cum laude) and a BA (Honours) degree in Art History at the University of Pretoria.  He passed away in Pretoria in October 2017. Vosser was an exceptionally gifted artist and craftsman, someone who could apply his brush or pencil with utmost creative self-assurance.   He left us with a legacy of sheer amazement in the manner in which he applied his mark making on canvas and paper to convey intimate, imaginative worlds.  With great skill his artist’s hand captured and marked the everyday, mundane moments in which he unobtrusively revealed himself to the viewer. He employed visually seductive techniques, bordering on the almost ‘obscenely’ beautiful, whether it was an exquisite nasturtium to a life-size portrait, all presented with astounding skill and compassion. Time and again the viewer is seduced by the ease with which Vosser applied his brush in thick impasto and in his almost voyeuristic attention to the ‘object of his immediate attention’, whether it is a figure or a still life.  Vosser could breathe beauty into a pack of toilet rolls stacked in a cupboard or a collection of folded men’s shirts. 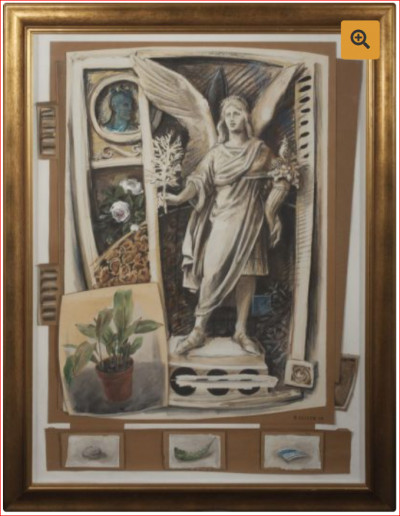